Fire on Poznyaky in Kiev: three children were in the hospital because of carbon monoxide poisoning 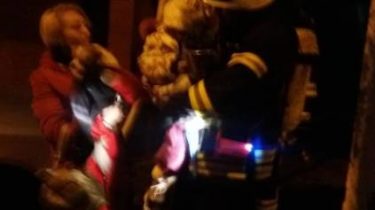 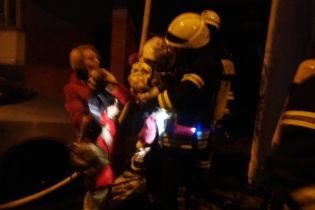 Two boys and one girl were hospitalized with carbon monoxide poisoning. Children have suffered as a result of the fire, which began Wednesday evening, December 20, in the house No. 3-B on zdolbunivska street in Poznyaky in Kiev.

Now the children are in the Department of toxicology of the Metropolitan hospital Center.

The owner of the burned-out condo is also hospitalized with carbon monoxide poisoning. Nobody else was injured. Doctors diagnosed poisoning the occupants of the house 1 and 2 degrees. Without burns.

We will remind, the fire broke out on the fourth floor flats. The fire, while a female victim was sleeping. The neighboring apartment was unharmed. However from-for strong smoke rescuers evacuated the whole staircase. Now SSES finds out that it was the cause of the fire.