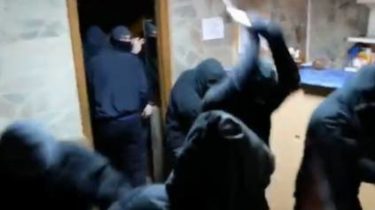 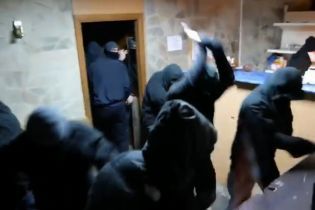 In the night of Wednesday unknown young men defeated a small cafe in the Solomensky district of the capital, the “operational Kiev” in Facebook.

As noted, the facility is located on Komarova Avenue. And inhabitants of nearby houses have repeatedly complained about him.

The group even has a video you can see how men with hammers are in the cafe and begin to destroy everything inside.

In Kyiv police have detained a crime boss, wanted for assaulting a man

UNKNOWN SMASHED “NALIVAYKA” IN SOLOMENSKIY DISTRICT, Prospectus of Cosmonaut Komarov 16 (video was sent to us on e-mail): say that local residents have repeatedly appealed to all authorities, but in vain. Probably, someone has patience ran out…

We will remind, not so long ago, the activists of the national body “Azov” staged a pogrom lottery kiosks in the capital
When they tried to detain the police, the parties used tear gas. Among the three dozen detainees are minors.