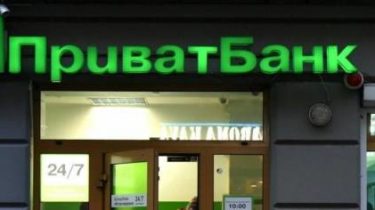 The national Bank of Ukraine supported the actions of the “PrivatBank”, which filed a lawsuit in London’s High court against the former shareholders of financial institutions.

“This lawsuit is aimed at protecting the interests of the Bank and reimbursement of depositors’ funds that were illegally taken out of “PrivatBank” to enter the state in its capital. The lawsuit marks a significant progress for the Bank, which was on the verge of insolvency in December 2016 and has a legacy of poor banking practices, and aims to return to profitability. The lawsuit is good news for taxpayers in Ukraine and the Ukrainian economy. The national Bank is confident that London’s High court will consider the case fairly, impartially and transparently”, – stated in the message controller.

Businessman Igor Kolomoisky has commented on the court decision regarding the arrest of its assets and the assets of his partner Gennady Bogolyubov.

“This is a temporary arrest during the pendency of the case in court,” he said in comments Dnia.

Earlier media reported that before the nationalization of “PrivatBank” for the firm-bubbles was allegedly withdrawn 110 billion. Igor Kolomoysky in response to it said that the money from the Bank, not left.

“As part of the restructuring of the credit portfolio was given to companies that have repaid loans previous borrowers. That is, the money left in the Bank,” he said in comments Dnia.

Kolomoysky noted that these operations took place under the full control and loving supervision of the Deputy Chairman of the national Bank Ekaterina Rozhkova.

TSN.ua
,
The national Bank of Ukraine