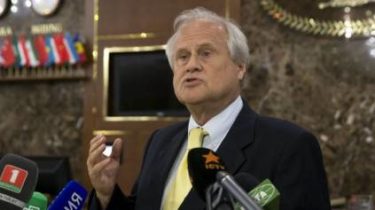 During this year’s last meeting of the trilateral contact group in Minsk was supposed to be certainty in the issue of release of prisoners, however, neither the final list nor the dates announced and was not. The preliminary agreement provided for the exchange of 306 detained militants and separatists in the 74 hostages Ukrainians, says the story TSN.19:30.

However, even the formula for the exchange of one military, four criminals did not like the Russians and controlled by them, the so-called “LNR” and “DNR”. An hour after the beginning of the meeting on the sidelines began to spread rumors that the negotiation process is difficult.

During this year’s last meeting of the trilateral contact group in Minsk was supposed to be a certainty on the main issue – the release of prisoners. However, neither the final lists, no deadlines were announced. 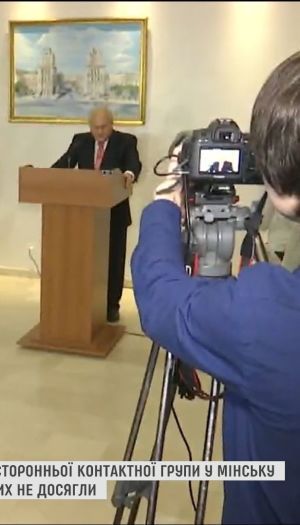 Around the same time in Kiev from the parliamentary rostrum of the Plenipotentiary representative of the President on settlement of the situation in the Donbass Irina Gerashchenko said that the chances for the exchange this year quite a bit. “Is there any chance it will be disrupted? Although we’re in the homestretch and we are fully prepared! The chance is big, I want you honestly to tell, because we really thought that everything will happen much sooner than the New year than Christmas,” she said.

Gerashchenko reported about a possible breakdown of prisoner exchange

The meeting in Minsk lasted four hours, after it has traditionally been left to the media the OSCE representative Martin Sajdik and said that the negotiators confirm that you want to exchange, but the dates of this exchange, he never called. However, he apologized to the journalists for not being able to tell just what they say behind closed doors. Therefore, the question of whether there will be an exchange of prisoners in the coming weeks, still intrigue. While it is definitely known that the next meeting of the trilateral contact group will take place in the new year – January 18.