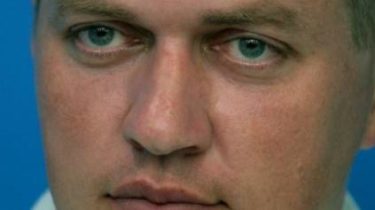 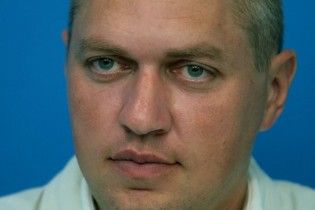 Ukrainian political prisoner Stanislav Klich, unfair prisoner in Russia, is experiencing involuntary psychiatric treatment by decision of the management of the prison.

This is related to the organization Amnesty International.

Klich from March 2017 to hold in the colony town of Verkhneuralsk, Chelyabinsk region. He survived 12-day starvation in July 2017 in protest against his imprisonment. Through this he began to feel ill and wrote to the authorities a petition for the provision of medical assistance due to low blood pressure and hemoglobin level.

However, instead of having to send it in a regular medical institution, the prison administration transferred 28 Aug Klich in a psychiatric hospital of the city of Magnitogorsk, where it is against the will kept until 8 September.

“In the hospital Stanislav Cliche forcibly injected unknown drugs. His mother says that as a result of this “treatment” he “is behaving like a child”, not being able to do basic things such as washing. The hospital refused to disclose what drugs he was used and for what purpose. After returning from the hospital he was not able to control the hands, and several fingers were damaged. This can be considered as torture. We are afraid that since Klich has not received proper medical care,” – said Oksana Pokalchuk, Director of Amnesty International Ukraine.

This was announced by the Deputy Minister of justice. According to him, the transfer was denied, without cause and without a court order. This month, Moscow has illegally refused to transfer prisoners Oleg Sentsov and Valentin vygovskyy. In General, in Russian prisons is more than fifty Ukrainian political prisoners. It is noted that after a stay in a psychiatric hospital Magnitogorsk Stanislav Klich lost 15 pounds. According to the testimony of his mother, Tamara Klich, who has had the opportunity to visit 10, 11 and 12 October, Stanislav had decubitus ulcers, five of his fingers were badly damaged.

We will remind, the Russian Prosecutor’s office demanded to put Karpuk at 22.5 years, and Klich – for 22 years. On 19 may 2016 , the jury recognized Karpuk and Klich guilty. Protection of Ukrainians are sure that the jury was pressured. The Ministry of justice said that immediately after sentence begins the procedure of extradition of the Ukrainians.

Case Karpuk and Klich fabricated by the Russian investigative Committee and it appears the Prime Minister of Ukraine Arseniy Yatsenyuk. Lawyer Ilya Novikov released new details about, in his words, “this sordid history.” In it Russia officially declares that in ‘ 94 Yatsenyuk was nicknamed “fighter Arsen”, fought in Chechnya against Russian troops with Musiccom Alexander, known as Sasha White, and former head of the Lviv organization UNA-UNSO Andriy Shkil and, in fact, now defendants in Chechnya Ukrainians – Karpyuk and Klich.