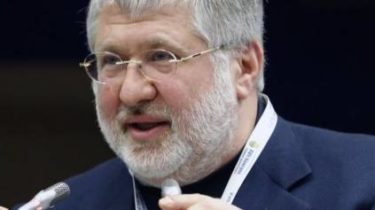 Businessman Igor Kolomoisky has commented on the decision of the High court of England regarding the arrest of its assets and the assets of his partner Gennady Bogolyubov.

“This is a temporary arrest during the pendency of the case in court,” he said in comments TSN.ia.

Kolomoisky responded to the accusations Gontareva the video

On December 19 the High Court of England issued an order on a worldwide seizure of assets of former owners of “Privat” Igor Kolomoisky and Gennady Bogolyubov, said in a statement on the Bank’s website.

The decision of the High court of England about the arrest for the assets of the business in excess of $ 2.5 billion, including six companies that likely belong to them or under their control.

Kolomoisky is suing Bank of Ukraine about protection of business reputation

We will remind, before mass media reported that before the nationalization of “PrivatBank” for the firm-bubbles was allegedly withdrawn 110 billion.

Igor Kolomoysky in response to it said that the money from the Bank, not left.

“As part of the restructuring of the credit portfolio was given to companies that have repaid loans previous borrowers. That is, the money left in the Bank,” he said in comments TSN.ia.

Kolomoysky noted that these operations took place under the full control and loving supervision of the Deputy Chairman of the national Bank Ekaterina Rozhkova.