In the capital ended the trial of the Novel Polonsky, who was accused of improper upbringing of the child. The suspect was found guilty and now he has to pay a fine of 51 hryvnia, according to a story TSN.19:30.

At trial, the man claimed that he was the best his father can not be. “Baby put on my chest after birth, while the mother departed from the anesthesia. Baby, I can tell the court took my nipple. Not the mother and father,” he said. My son’s behavior at school, Polonsky explained the provocations of others, from which the child is forced to defend himself. “All video is staged, no complete records – only those where Arthur uses the force,” argued the father.

Roman Polonsky was fined 51 UAH and charged with improper upbringing. About a month ago after material in TSN Arthur were forcibly taken from the family. He is now in rehab. 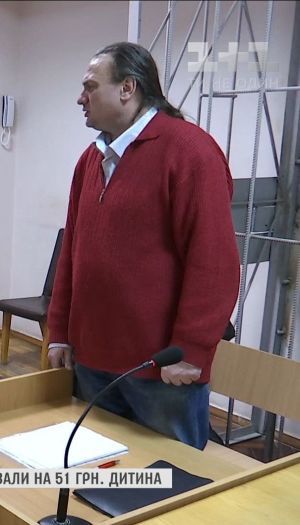 The school say that more than a year suffered the insolence of the boywho beat children and teachers. “After Arthur turns around and says, you still will not believe, and dad with all of you to meet in court”, – retell the words of 8-year-old student teacher. And the court accepted the arguments of the prosecution.

“From bullying gets pleasure”: TSN gathered evidence of the Kiev, whose son terrorizes the whole school

In a rehabilitation center, where Arthur was taken after the rebellion of the parents who stopped to let children to school out of fear of their uncontrolled aggressive classmate, also indicate poor upbringing. My father, after much persuasion, gave permission for a medical examination and the special educational Commission which must determine whether Arthur to go back to school. Teachers hope that a troubled kid a few months will hold in the centre, where he and his father will work as psychologists, and then the student will be offered individual sessions. To take the child from dad until nobody wants. The novel strongly disagreed with the court decision and promised to appeal.