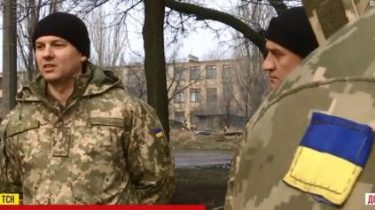 Ukrainian observers, who watched over the observance of the Minsk agreements in the temporarily occupied territory of Donbas, returned to government-controlled territory after the Russian members of the JCCC left the country. Six members of the centre for monitoring the ceasefire and now do not know about your further duties, according to a story TSN.19:30.

The room in which they lived and worked representatives of the Russian Federation already empty, with the doors even perivale Russian tricolor, because they irritate the eye of the military. The Ukrainian mission not hide the joy, came back to her, because side to side with the enemy spent several months and mentally tired – admit that they were saved by hearing the native music and the flag of a talisman, which inspired to complete the task. 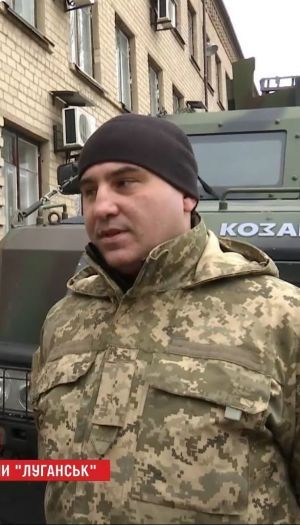 The Ukrainian flag from the form would be removed from our observers of the previous rotation, but the military disagreed. They say that to some of the locals there, these two colors are the only hope for the future. “We went, women were asking: what about us? The Russians did not say,” admits a senior coordinating group “Lugansk” Aleksandr Petrovsky. About the working conditions of observers from Donetsk, Lugansk and ring say the same: to verify the information was not possible, the movement is limited, but felt the pressure. Some were even forbidden to go out for groceries – the officers had hours to sit virtually under house arrest. Representatives of the militants were guarded by Ukrainian officers from the militants themselves, because once the bandits wanted to attack the observers.

Russia is ready to return observers SCCC, but lays down conditions

But with the Russians conflict the representatives of the APU in the observation mission did not arise. However, political themes was banned in the communication is negotiated before the beginning of the rotation. Their names, ranks, positions in the Russian army and other information to colleagues at SCCC carefully concealed. “They dosed information. Preparation is good enough rotation that was, representatives of the was in Syria, between conversations found out, professionally prepared,” – said Petrovsky. Communicated with officers of the two countries on the call, and during reports to the leadership, the Russians went out on the street.

All Ukrainian officers after the time spent near the enemy left a sense of the absurdity of what is happening, but it’s a job and it had to perform. About the task the military was not even told family that they should not worry. At the same time, members of the APU congratulations on the return to the Ukrainian land is not perceived – they believe that the occupied land is also Ukrainian, and anywhere outside of their country they did not leave.