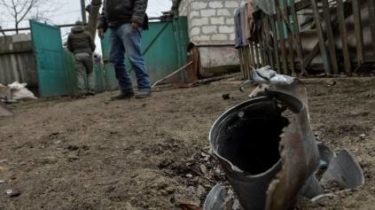 UNICEF points to the threat to the lives of 220 thousand children in the East of Ukraine from mines and unexploded ordnance and called on all parties to cease fire for demining.

This is stated in the message of the UN Children’s Fund, writes Interfax.

“The conflict zone in Eastern Ukraine is one of the most contaminated by mines and explosive objects in the world … this poses a threat to 220 thousand children who live, play and go to school in areas where the remains of many mines, unexploded ordnance and other deadly remnants of war”, – stated in the message.

For the period from January to November 2017 on average once a week were one case of death or injury of a child along the line of differentiation on Donbass.

“Anti-personnel mines, unexploded ordnance and explosive remnants of war are the cause of approximately two thirds of the deaths or injury of children”, – noted in the Fund.