In a landfill in Russia sprayed perfume before Putin’s visit 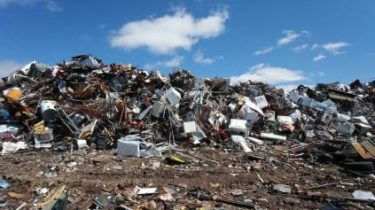 At the suburban landfill Kuchino before the visit of President Putin was seen a tractor that was spraying a substance that had a sweet smell. As noted, this occurred immediately after the emergence of rumors about the visit to the area by the President of the Russian Federation.

The video appeared in the group “We want a clean Train,” the social network “Vkontakte”.

“Now these sprays three pieces. However, the smell of landfill gas they are not saved. Literally 50 metres away the smell of the dump is felt strongly enough,” says the man behind the scenes.

Earlier, Russian media reported that residents of several districts of Moscow began to complain of unpleasant odour, the center of which was precisely this ground in Kuchino. Then the Governor promised to eliminate all before the end of January.

Nothing unusual, just a tractor sprays perfume over the landfill in Balashikha Kuchino, because today there arrives President Putin pic.twitter.com/Bz3bdxG8aO

We will remind, not so long ago on one of the playgrounds in Russia the boy stuck in the mud. The child was accidentally seen by passers-by and dragged himself because he hadn’t got out. But boots after several unsuccessful attempts, I had to leave.