In Kiev, people slashed the tires and scratched the car that is on an hour have blocked traffic on the street 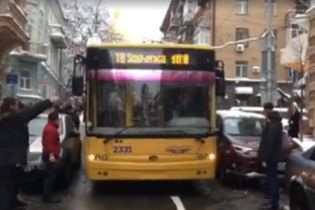 Traffic on one of the capital’s streets was blocked for an hour due to improperly parked cars, reports “the Kiev Operational”.

The incident occurred on Friday, December 22, at Sofiyevskaya street. The passengers of one bus alone has pushed Nissan, blocked all movement.

People about an hour standing in traffic, then pushed the car closer to the curb. However, in the video you can see that the indignant citizens have keyed it and slashed the tires.

In the river near the Mall, drew a Parking space for people with disabilities after raising the fines

Increasingly, pedestrians and/or public transport passengers engaged in perepakovany. So, today, Sophia street was the hour thanks to a friend on #Nissan, B. of. #AT0432AK. The car pushed, but few people have managed to tear up the case and pull the wheels. The finale on video.

We will remind, yesterday it became known that the Verkhovna Rada adopted the law “On amendments to some legislative acts of Ukraine on reforming of the sphere of Parking vehicles”, which introduces photographing and video recording of violations of rules of a stop, Parking and Parking of vehicles. For which violators will be held accountable, and the car can be towed to the garage.

Now, the police can remove the car impeding traffic. If you subarcuate car at a railway crossing, or street railway, bridge, tunnel, pedestrian crossing or a bus stop, you will pay a fine. And the cost of evacuation for storage. 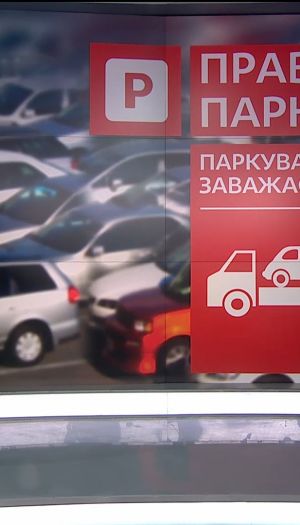