In the East of Ukraine again losses: killed a soldier of the forces ATO 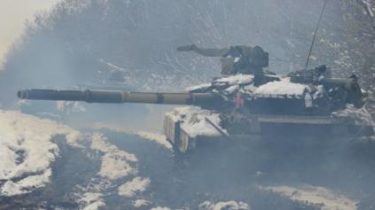 In the Donbas one of the servicemen of the ATO forces were killedand two more were wounded. The terrorists are a total of 16 times broke the silence mode.

In the Luhansk direction, in the second half of the day, in the direction of the Ukrainian military near the Crimean shot the enemy sniper, and about midnight around this village, the militants opened fire from mortars of various calibers. Rocket-propelled grenades and heavy machine guns, they broke the truce on the outskirts of Svetlodarsk.

In Donetsk direction was hottest near the Sands. First, the militants fired with mortars 82-caliber, rocket-propelled grenades and machine guns, and then increased the pressure and used tank weapons and 120-mm mortars. In addition, heavy mortar shelling the outskirts of the Water on the sea of Azov.

On other sites of unrest in the suburb of Avdeevka and near Kamenka, where militants repeatedly fired on the Ukrainian fortifications, mortars and infantry weapons.