Panda Saakashvili and the dog Dobkin. The new iPhone X has turned politicians into animals 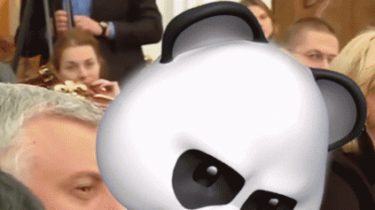 How many users are not touted technical features of the new iPhone X, one of the most popular functions has been the use of the so-called 3D Emoji.

The opportunity to record a humorous video message in 3D-the mask is a funny animal, which mimick the facial expressions, pretty pleased users worldwide. The trick became so popular that it has turned into a business card Apple Emoji and they themselves become no less recognizable than the classic icons of smileys.

Apple has warned about the possible burn-up display X iPhone

Dnia I decided to test how they work 3D Emoji, for example, the famous Ukrainian political memes. With live animal masks IOS embarrassments and mistakes of officials became even funnier.

Note that after the release of iPhone X and iOS, many of the owners of iPhones started complaining that the phone started to work much slower. Then began to spread suspicions that the company does this intentionally so people will change the old model to the new one.

iPhone X “for the poor”: Apple will release a budget version for the Chinese market

However, it was subsequently discovered that iPhones really slow on new iOS versions, however, begin again to operate normally after replacing the batteries with new ones.

Later, Apple confirmed that it really slows down older models of iPhones on newer operating systems iOS. The company noted that this slowdown is necessary because the battery of the device will eventually wear out and lose work quality, hence the need to extend the term of its operation.