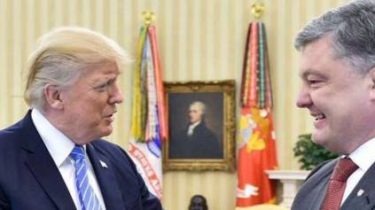 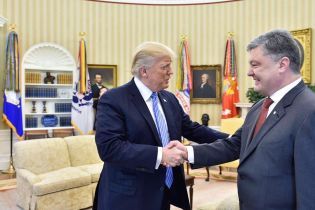 Ukraine will receive lethal defensive weapons from the United States on the implementation of agreements between the leaders of both countries. This was stated by President Petro Poroshenko at their own page on the social network Facebook.

He noted that “a fundamental and long-awaited decision of the Us administration” translated into reality “quietly, quietly”. The head of state thanked the President of the United States Donald trump and all American friends for their support. “This step is in tandem with the strengthening of sanctions against Russia are a worthy response to the continued occupation of Ukrainian territory, Moscow’s failure to comply with its obligations and to continue pumping of Donbass with heavy weapons,” – said Poroshenko.

The Ukrainian President stressed that weapons from the United States will not be used by the Armed forces of Ukraine for the onset and escalation of hostilities. “American weapons in the hands of Ukrainian soldiers not to attack, and resolute rebuff to the aggressor, the protection of Ukrainian soldiers and civilians, as well as effective self-defence under Article 51 of the UN Charter. It is also a transatlantic immunized against the virus of Russian aggression”, – said the commander of the troops.

“Nothing new”: the state Department explained that he approved the sale of lethal weapons to Ukraine, which Kiev has already bought

As reported, the edition of The Washington Post reported that the administration of U.S. President Donald trump has approved the sale of lethal weapons to Ukraine. According to the interlocutor of the newspaper, the commercial license granted for the sale of defensive weapons to Ukraine in the amount of $ 41.5 million According to the article, the U.S. will be able for the first time in the history of the export to Ukraine of a self-loading large-caliber sniper rifle M107A1, ammunition, related parts and accessories. Subsequently, the Associated Press assured that the administration trump adopted the plan of granting Ukraine lethal weapons, aimed at strengthening the former Soviet republics as they struggle against the separatists, which supports Russia. According to the report, the new weapons include the American anti-tank missiles “javelin”, which Ukraine has long wanted to enhance protection against the tanks that swept through Eastern Ukraine during fighting that claimed the lives of 10 thousand people in 2014. The Ministry of foreign Affairs of Russia has accused the US of “inciting war” in the Donbas after the announcement of the decision to approve the sale of defensive weapons to Ukraine. This is stated in the statement of the foreign Ministry of Russia.