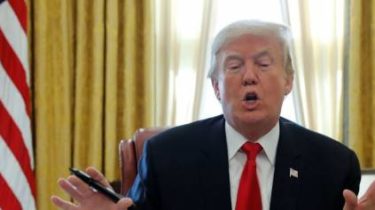 The administration of U.S. President Donald trump would suspend the number of advantages for Ukraine, which operate over the General system of preferences.

The exception of Kiev from the list of participants of the program will be held in four months, if the Ukrainian government does not improve the protection of property rights, the statement said the Office of the U.S. trade representative, reports DW.

“The power of forcing the aggressor to peace”: Chaly welcomed the U.S. decision on the supply of Ukrainian weapons

The suspension of preferences for Ukraine “caused by its inability to guarantee adequate and effective protection of intellectual property rights despite the years of encouragement and support from the U.S. government.” According to authorities, Kiev has all chances to rectify the situation, in particular regarding the “regulatory license payments in favor of the holders”.

Note that in the General system of preferences, which is valid mainly for poor countries and for developing countries, products from them are not subject to tax. This advantage has about 3,500 products from Ukraine.

Videotron threatened reduction of funding to countries that did not support the U.S. position on Jerusalem

The US President has said it could cut financial assistance to those countries that supported the UN resolution, which condemned the recognition of the city as the capital of Israel. In particular, we are talking about Ukraine. Speaking to reporters, trump was outraged by the fact that countries that adopt in the US hundreds of millions of dollars, subsequently oppose Washington. 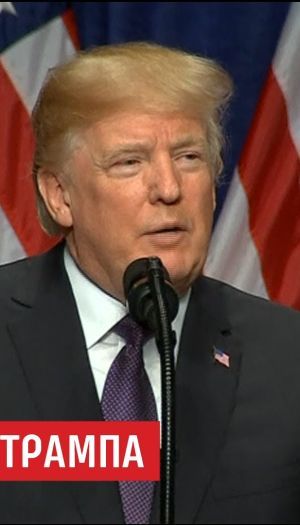 We will remind, earlier edition of the Washington Post reported that the administration of U.S. President Donald trump has approved the sale of lethal weapons to Ukraine. According to the interlocutor of the newspaper, the commercial license granted for the sale of defensive weapons to Ukraine in the amount of $ 41.5 million According to the article, the U.S. will be able for the first time in the history of the export to Ukraine of a self-loading large-caliber sniper rifle M107A1, ammunition, related parts and accessories.

Subsequently, the Associated Press assured that the administration trump adopted the plan of granting Ukraine lethal weapons, aimed at strengthening the former Soviet republics as they struggle against the separatists, which supports Russia.

According to the report, the new weapons include the American anti-tank missiles “javelin”, which Ukraine has long sought to enhance protection against the tanks, which swept through Eastern Ukraine during fighting that claimed the lives of 10 thousand people in 2014.