At Geneva airport because of the “Chechen case” stopped Yatsenyuk 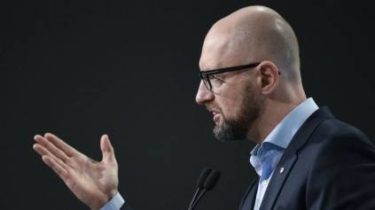 Ex-Prime Minister Arseniy Yatsenyuk stopped at passport control in Geneva. This was reported by the first eyewitnesses, and then the politician, according to a story TSN.19.30.

All because of the decision of the Russian court in the Philippines to arrest Arseniy Yatsenyuk for his alleged involvement in the Chechen war. The judgment, Russia had to send to all international partners.

Arseniy Yatsenyuk and Ukrainian law enforcement officers all called the allegations nonsense and nonsense. However, because of the Russian request it and stopped, says Yatseniuk. Checked the documents, understand the situation, quickly let go, but be warned, when he will return from Geneva, you can repeat the procedure.

Politics is not upset. On the contrary joked that he now knows exactly who are the most afraid of the Kremlin.