Ukraine more than two years ofnot buying gas directly from Russia, and this is one of the achievements of the government. So says Prime Minister Volodymyr Groysman, says the story TSN.19:30.

According to the head of the Cabinet, the next goal of the authorities should be the rejection of imported gas by increasing its own production. To serve the increase in the number of private wells should decrease rents on gas production at new fields. The decision was taken by Parliament, so now officials expect the economic impact of investment in the gas industry. “If we produce our own gas, we’ll set the price. My goal is to build the system so that we were an exporting country. This can lead to a substantial reduction in the price of gas forever,” – said the Prime Minister.

Also Groysman reminded that during the current heating season, the tariff for natural gas for the population will not grow, and before the next price will be considered under the new formula, which will depend on international markets.

Videoads on Russian gas is a significant achievement of 2017, Prime Minister Groysman

The goal should be the rejection of imported gas at all. This heating season, reminded Vladimir Groisman, the tariff for natural gas for the population will not grow. Before the next – a price will be considered under the new formula will depend on international markets. But the government want the price to determine that of Ukraine. And will this own production. 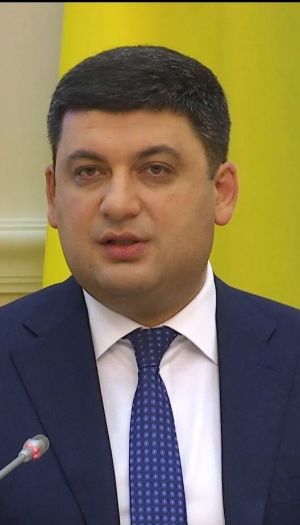