“The power of forcing the aggressor to peace”: Chaly welcomed the U.S. decision on the supply of Ukrainian weapons 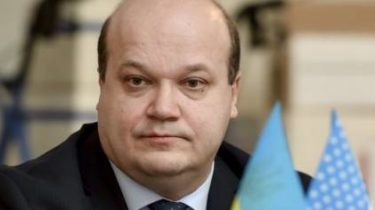 Wrote about this on his page on Facebook the Ukrainian Ambassador to the United States Valeriy Chaly.

“Finally! Our strategic partners – the United States – was finally determined: Ukraine as a sovereign country has a legitimate right to purchase and receive defensive weapons, including lethal”, – he stressed.

According to Chaly, the US decision is a fair and proper step from the point of view of approaching the world.

“Weakness provokes the aggressor. Force, it restrains and coerces to the world. Thanks to all who approach this solution which will have a lasting impact not only on development of strategic partnership between Ukraine and the United States, but also to security in Europe”, – said the Ambassador.

Finally! Our strategic partners – the United States finally decided: Ukraine as a sovereign country has a legitimate right to Zach…

We will remind, earlier edition of the Washington Post reported that the administration of U.S. President Donald trump has approved the sale of lethal weapons to Ukraine. According to the interlocutor of the newspaper, the commercial license granted for the sale of defensive weapons to Ukraine in the amount of $ 41.5 million According to the article, the U.S. will be able for the first time in the history of the export to Ukraine of a self-loading large-caliber sniper rifle M107A1, ammunition, related parts and accessories.

Subsequently, the Associated Press assured that the administration trump adopted the plan of granting Ukraine lethal weapons, aimed at strengthening the former Soviet republics as they struggle against the separatists, which supports Russia.

According to the report, the new weapons include the American anti-tank missiles “javelin”, which Ukraine has long wanted to strengthen the protection against tanks, traveling in Eastern Ukraine during the fighting and claimed the lives of 10 thousand people in 2014.