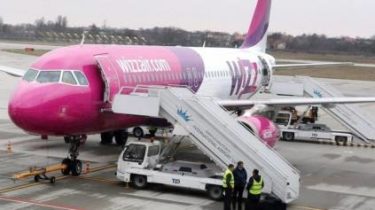 The low-cost carrier Wizz Air has postponed the launch of flights from Kiev to Lisbon and Tallinn for two months from 19 April to 21 June 2018.

This is evidenced by information in the reservation system of the airline, reports avianews.com.

Passengers who bought tickets on the cancelled flights, I noticed that the reservation started to disappear from the personal account on the website lowcost.

From today, Wizz Air will not charge extra for hand Luggage

Information about the transfer of flights for June was confirmed in the call center of the airline. But did not specify the reasons for this decision.

In addition to the postponement of the launch of the new flights Wizz Air from April to June delayed the increase in frequency on routes from Kiev to Memmingen, Dortmund, Bratislava, Cologne, Copenhagen, Larnaca and Hannover.

It is noted that such actions low-cost can be associated with the postponement of the third aircraft for the Kiev base. It was assumed that the third Board will go to Juliani in April 2018, after which Wizz Air was to open new routes to Lisbon and Tallinn and to increase the frequency of flights to destinations that already exist.

Recall that the low-cost carrier Wizz Air from 16 Dec 2017 began to fly from the Polish gdańsk to tromsø, Norway ‘s first airport, which is located North of the Arctic circle.