At the NSC “Olympic” have arranged a holiday for special children 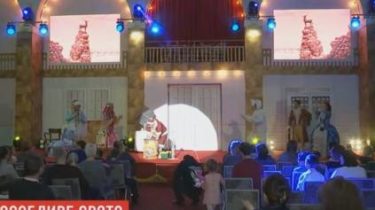 Christmas interactive show, in particular, for orphans and kids with autism, held in the main building of the sports complex “Olympic”.

The performance was made based on the movie “the Grand Budapest hotel, for which the authors two years ago, received four awards “Oscar”. The Directors of the show have adapted the script for the children, together with young viewers trying to find the secret of the hotel, namely Santa Claus.

Part of tickets, the organizers gave free to orphanages and families of children with autism. Say you want to the story they came up with, looked as much as possible kids. The show runs until the end of new year and Christmas holidays.