Espionage under the noses of Groisman. What is behind the arrest of Yezhov 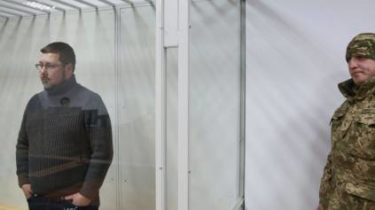 Undercover Russian agents, specslujbi find the highest leadership of Ukraine. This week arrested the Deputy head of Protocol service Prime Minister, translator Stanislav Yezhov. On charges of counterintelligence of SBU, he worked for the FSB.

As stated in the story TSN.Week spy detective live was shown on Wednesday evening, December 20. Then, from the house of government counter-intelligence agents brought in handcuffs interpreter of the Prime Minister of Ukraine.

Spy translator Yezhov on the court called themselves Russian

General, chief of counterintelligence Oleg Petrov said: “the Officer had access to sufficiently narrow the insider information of the Cabinet of Ministers. He worked very initiative, passed on the information, stolen documents, was listening to the news, ferret out information among colleagues and regularly passed it to the Russian security services, to their supervisors, which worked.”

Yezhov, the court arrested until mid-February without the right to bail. He was charged with treason, which pulls up to 15 years in prison. In court, he was nervous, avoided contact with the press. The lawyers insisted that the process was closed, not to accidentally divulge state secrets.

This level agents have not shown, therefore, the society immediately trivailo: what could know Yezhov and why he was able so long to work with the head of the government.

From the courtroom over the translator spy Yezhov brought all journalists

Volodymyr Groysman claims that Yezhov was not in possession of important secrets, and the special operation was conducted with the knowledge of the management of the Cabinet. “For several months we worked together with the security Service of Ukraine. They were doing their job, we just provided the maximum assistance, to still reveal who’s the rat. And we found out immediately how it was proven, he was detained”, – said the head of government.

Hardly underestimate the awareness of Stanislav Yezhov: he is the interpreter of the Prime Minister worked in international negotiations, including world leaders British Prime Minister Theresa may and the Vice-President of the USA Joe Biden. It – partners of Ukraine in the defense of Russia, these issues with them were discussed with the direct participation of Ezhov, and then immediately reported to the Lubyanka, if you believe the counterintelligence. Experienced government recorders corroborated this technical possibility.

The obvious failure of the verification of high state officials before the appointment, as Yezhov had to work in our embassies in the USA and Slovakia, and in the Parliament and in the government. According to some, it is in America and was recruited by the Russians. His family relations are no less suspicious to the wife, the citizen of the Russian Federation, does not hide the Pro-Russian views explicitly clear that loyalty to the Kremlin.

Trudeau, Biden and may. During important meetings Groisman translated Yezhov, who is accused of espionage

Loud neutralization agent SBU, it seems, decided clicked on the nose of the FSB, because, first, he is the namesake with the former General Commissioner of the Kremlin security Nikolai Yezhov, and secondly, the detention occurred during the holiday feasts in the Lubyanka.

In the Rivne region, the Russian spy was sentenced to 14 years in prison

Demonstrative detention just live departs from the traditional forms of work of the counterespionage world, if it is not part of some other operation. Particularly strange is the “exposure” on TV nonpublic chief of counterintelligence, General Petrov. According to sources, he was a highly-classified professional of the highest flight. In the middle of the secret services, about him are legends.

This approach gave officials reason to see the arrest of Yezhov and political struggle. “Such actions are uncharacteristic for special services. Usually information provides a public employee, which does not conduct operational work… It would have to be done in order to show the folly of the Prime Minister. Here there is a political component. Allegedly the Prime Minister himself has made mistakes, and maybe to a certain moral or political issues,” – said the former head of the foreign intelligence Service of Ukraine Mykola Malomuzh.

Groisman also confirms that he has powerful enemies. “I understand that someone may have wanted to use this situation to discredit me there. But I emphasize that, well, first, it doesn’t affect me. Secondly, I will detect any such symptoms and will publicly talk about them, don’t need nothing from society to hide. And all the other enemies said hi and I want to say that all will be well,” said the Prime Minister.

Russia responded to the arrest of the interpreter, who is suspected of espionage

It would not have used the arrest of the agent of the various forces, including abroad, one does not negate the fact the local success of the SBU. Yezhov took his curator, who acted in the SBU. The spy was Colonel. Searches of his home found a special electronic device for processing information. Most likely they worked together with Yezhov. Now the FSB or the GRU has lost serious intelligence group.