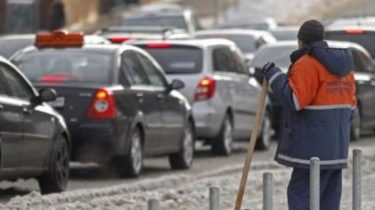 In one of the districts of the capital, the 31-year-old man, running away from the companion, jumped out of the window of the seventh floor of the house and survived.

As reported in the Department of communication of the police of Kiev, from the death of a man saved by snowdrift in which he fell from a height. When the man came in after the fall, he went to the Concierge and asked her to call an ambulance and the police.

The man was diagnosed with a fracture of the forearm and incised wounds of the neck, which caused him neighbour. Law enforcement authorities established that on the eve of the men drank alcohol.

“Subsequently arose between them the conflict which escalated into a fight. One of the men grabbed a knife, attacked him on the opponent and managed to hit in the neck. Fleeing from the pursuer, the victim jumped out of the window on the seventh floor, and his assailant went to sleep”, – stated in the message.