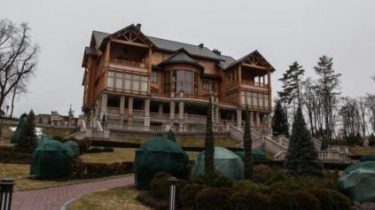 The property, which was left in Ukraine, former members of the regime of Viktor Yanukovych, still did not become property of the state. The whole earth is the former residence of Yanukovich “Mezhyhirya” is supposedly owned by the state. However, this does not mean that the same status of “Honka” and other objects. To transfer all the property of Ukraine under the control of a specialized state Agency officials somehow can’t.

All Mezhyhiria – land, buildings and property should deal not volunteers, but skilled professionals are still little-known National Agency for the investigation and management of criminal assets, having a plan, not only how not to allow to plunder the former residence, but also how to earn it for the state. Now mezhigorye is called, the fence, the Villa can be visited, touched, and paying money at the entrance, but legally it does not exist.

Translator-spy worked in the Yanukovych administration, and has successfully passed the lustration test

In Ukraine half a year it has Nacagent on the identification, investigation and management of assets derived from corruption and other crimes, which were to take the Ukraine under his control still can not.

“Regarding Ukraine with the General Prosecutor’s office initiated a dialogue on the status of this property, its list of properties. In order to determine actually how you can manage it”, – said Anton Yanchuk, Chairman of the national Agency for the identification, investigation and management of assets derived from corruption and other crimes.

The thing does not move from the dead point. It looks quite strange, because at first the chief military procuration Anatoly Matios said that the Agency Mezhyhiria will give during the week, and a month later the Minister of ecology released a loud statement.

“Set the final point in the “Mezhyhirya”. The Supreme economic court of Ukraine adopted a decision which stated the residence becomes the property of the state,” wrote Austan Semerak.

Further, the Prosecutor’s office actually stopped. “The Agency has no independent authority to decide what to look for and what to manage. We are not talking about a single object, but of a whole complex of buildings, installations, movable belongings, valuables, property, animals, concerning whom there is different kind of production, which belong to different persons”, – say the officials.

The only “big fish”, which the Prosecutor’s office of the court’s decision still gave the Agency’s management in all this time is the arrested assets of the former Minister of income and fees Alexander Klimenko. “The arrest of the 154 objects of immovable property located in Ukraine. 22 vehicles of the elite. 1000 railway wagons with a total value of 90 million hryvnia,” – said Anatoliy Matios, head of the military Prosecutor’s office.

“Along the line of control made for the first time in the history of Ukraine the agreements on the management of seized property. This – more than 50 projects totaling more than $ 10 million,” – said Anton Yanchuk.

In addition to asset management, the Agency has the authority also to sell it. “Sold vehicles with an electronic auction. Therefore on account of the National Agency has already received more than 2.5 million hryvnia,” – said the head of the relevant Agency.

The proceeds from the sale of the car would have to get on the Deposit accounts Department, but this does not mean that the money automatically goes to the state. If the court does not prove guilt, means he will have to return with interest. In detail the success of the newly formed action Agency to actually track now is extremely difficult. “Because there is another important element — the Agency ought to run the registry of this seized property,” – said Vitaly Shabunin, head of the Center of counteraction of corruption.

In 2018 from the environment Yanukovych may seize RS 5 billion.

The registry, and clear no data. The only thing that has received wide publicity, according to Shabunina, refund half a billion dollars Yanukovych. Most interesting is the decision on the method of return hid under the heading “state secret”. Now the standard criminal authorities – “Mezhyhiria” – actually hung in the air. Activists who are engaged in the territory, saying the former residence of the barely alive at the expense of tourists.

What’s with all this may be without care – is best illustrated by the estate of ex-Prosecutor General Pshonka. Instead of selling under the hammer or lease its allowed to plunder. There was a naked box.

Law enforcement officers and high-ranking officials regularly report about the arrest of assets of Yanukovych, Kurchenko, Pshonka. But whether arrested – then returned to the budget? TSN.Week went to look for the answers to the questions to the head of the national Agency for the identification, investigation, and asset management. It turned out that the first known object – Mezhyhiria Yanukovych legally doesn’t even exist. 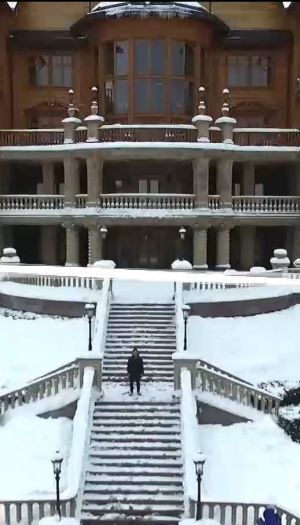