Back not just from the war, and to a full life. Soldiers for whom the civil routine was frightening and confusing for the front, could find a way to start their own business. For psychological and business support in the capital there are special centers. Now the people who six months ago didn’t understand what to do next, give jobs to others, says TSN.19.30.

They have long finished University, but decided to again become students. In groups of up to 4 people began to learn English from scratch.

This school has its own teaching methods. Its inspirer Igor calls “situational English.” Practice learning topics in unusual places like a Museum, airport or karaoke, play games.

Here the signs on every subject and even on the wall. Your diploma proproganda English courses along with the American Marines Igor uses that students learned the word “frame”.

“I realized that I had potential with the English language, which I have received, passing the military service”, – says the fighter.

He is a career officer in the ATO served in the 95th airmobile brigade, was the commander of the reconnaissance platoon. In 2016 for health reasons was forced to resign and look for what to do next, so the idea of a language school. Eugene got to the front at the call. After the experience in Avdeevka, Water, Thin Sand and DaPa, said it was difficult to return to civilian life.

“At a certain time I realized that he did not pull. Went to a psychologist, talked for hours, she immediately said, “you need a lawyer, an economist, of this. You can get advice to more stably stand in this life,” – says the military.

To videocasts and to help others: in the centre of the reintegration of veterans of the ATO have found work for hundreds of men

Soldiers for whom the civil routine was frightening and confusing for the front, could find a way to start their own business. For psychological and business support in the capital there are special centers. Now the people who six months ago didn’t understand what to do next, give jobs to others. 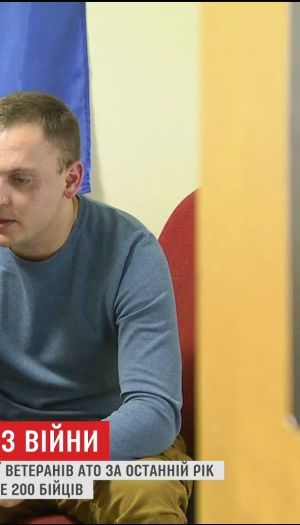 He received all the necessary advice, bet on talent cousin Eugene and not lost. His tattoo Studio is now the turn, so expanding staff. The work was given to two fighters. The veteran himself does not know how to draw, so while he is dealing with organizational issues.

“Work is something without which man cannot return from the front, because the work is not only the opportunity to financially support themselves and their families, it is also a collective, it’s a real collectivization, that renews the will to life, provides ambitions, puts a man in civil society”, – says head of “Axios” Oleg Magaletskiy.

Ambitions full now Igor and Zhenya. In the near future I plan to open another office. And although the specifics of their services are quite different, approach expect the same preferential conditions for true patriots, soldiers, immigrants and their children.