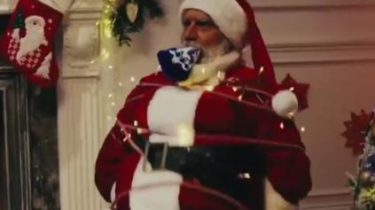 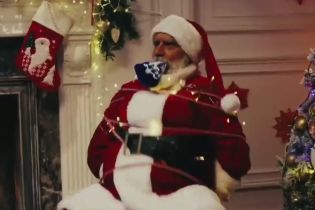 The Russian propaganda channel RT (Russia Today) has released a Christmas video, in which “Russian hackers broke into Christmas.”

In the story, somewhere in the US, the boy makes a wish to Santa Claus, leave him cookies and milk, and hang over the fireplace socks for gifts. At night he wakes up and sees that Santa has been tied up Russian Santa Claus.

Reporters Russia Today banned from working in the U.S. Congress

At the end of the movie the Santa clause forces the boy to read the poem “I learned that I have a huge family.”

Reaction of social networks for this movie were mixed. Someone thought it was funny, but many saw in this video is another proof of the aggressiveness that comes from the Russian government.

Of prisoners of Guantanamo torture news from Russia Today – media

“And what think Russia is an aggressive country, it is not clear,” writes one user.

Russia Today has released a Christmas video: US boy waiting for Christmas Santa Claus, but also knits our Russian Grandfather frost. Then shaking the boy reads Santa Claus poem “I learned that I have a huge family.”

And then just think Russia is an aggressive country, it is not clear

You propogandiruete aggression. This is not good. The Russian did not like.

In fact, Margo wanted to make another movie – Santa Claus tied up, and the boy Lavrushka chants “remove from us sanctions, they benefit only us.” But the Kremlin would not understand

Then Santa Claus rips off his beard, and that Putin

Foul movie. After such that’s just when asked abroad “where are you from” have to answer: “from Russia, but that’s not what you think…”