NBU refused Yaroslavl in the acquisition of the “daughter” of Russian banks, but was given a second chance 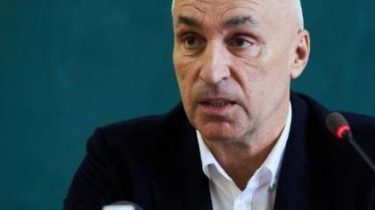 The national Bank of Ukraine returned to the businessman Alexander Yaroslavsky package document approval the purchase of “Prominvestbank” – the Ukrainian subsidiary of a Russian Bank.

“NBU 22.12.2017 returned to Yaroslavl AV on finalizing the documents for approval of indirect acquisition of a substantial participation in PJSC “Prominvestbank” in connection with his nokomplektetu. If the required documents are prepared, the investor has the right for the second time to submit the package”, – stated in the message controller.

We will remind, about his plans to buy “Prominvestbank” Yaroslavsky said six months ago, in may. On 14 July he sent to the NBU letter of intent to buy the Bank, but the documents were never filed.

In September, the NBU reported that the purchase of “Prominvestbank” interested in and other investors.

Earlier, the national Bank refused to Pavel Fuchs and Maxim Mikitas in the purchase of “Prominvestbank”.

This financial institution was founded in 1992, it is now controlled by Russian “Vnesheconombank”. The national security Council of Ukraine introduced sanctions against Russian banks with state capital.

According to the NBU, on October 1 of this year in terms of assets Prominvestbank was ranked 13th (UAH 22.4 billion) among all 88 banks.