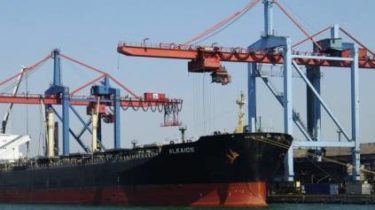 In the administration of President Donald trump has decided on the temporary cancellation of Generalized system of preferences, according to which Ukraine could export duty-free to about 3500 kinds of products. The solution has a delay of 120 days.

This was reported in the Ministry of economic development and trade of Ukraine.

The Agency’s decision considered positive for the Cabinet on ways to “remedy the situation with an opaque system of payment of royalties to rights-holders.”

The economy Ministry noted that one of the main claims of the United States to Ukraine – opaque activities of the organization of collective management of property rights in the field of copyright and related rights. In the framework of the reform of the system of protection of intellectual property December 20, 2017 the Government of Ukraine adopted the law “About the effective management of property rights of right holders in the sphere of copyright and (or) related rights”.

The concept of the reform of the system of intellectual property protection also provides for the adoption by Parliament of draft laws on geographical indication (registration No. 6023), on trademarks and industrial designs (protection against so-called “patent trolling”, No. 5699) and on semiconductors (no. 5694).

Ukraine is 55 times increased the export of mushroom

“We have every reason to believe that the adoption of the bills by Parliament will remove a large number of comments Office of the U.S. Trade representative in the context of the “Special 301 report” and Generalized system of preferences the United States,” – commented Deputy Minister of economic development and trade of Ukraine Mikhail Tytarchuk.

We will remind that since October 1, the beginning to act the part of trade preferences for Ukraine from the EU. Ukraine duty-free exports to Europe large amounts of agricultural and industrial goods, including processed tomatoes, natural honey and grape juices.