“Just have to see it”: the Network blasted the video of confessions of American his ex-wife 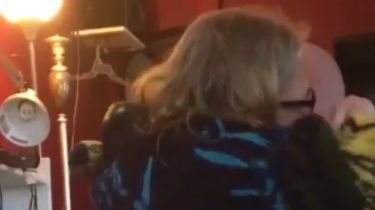 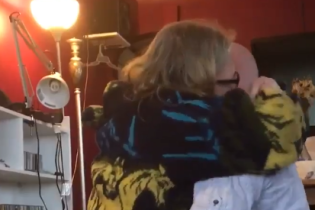 In the U.S. state of Ohio 52-year-old Jeffrey Reagan admitted his love for his former wife, with whom he parted ways after 25 years of married life and the birth of eight children. One of the sons made a video of on-camera confession, laying out in the social network, where it scored about 10 million views.

According to the publication BuzzFeed Jeffrey and Laurie Reagan were married in 1989. Since then they have given birth to eight children, but in 2014, the couple divorced. Some time they had no contact, but then I started talking again, and soon to meet.

Before Christmas, December 22, Jeffrey wrote a poem for Laurie, which he wrote, and then printed. He gave his former wife as a Christmas gift. What happened then, better watch the video:

My parents were married for more than 20 years, divorced, fought a lot, went to work on themselves. Years later, they start dating and as of yesterday, this happened;

Congratulations Mom and Dad! True love always finds its way back around. pic.twitter.com/KYk3qc1QK4

“Nobody knew what dad had planned a confession, but I quickly read the situation as it occurred, and I pulled out my phone and caught a great moment,” said son Jeffrey.

Beloved Dasha Astafyeva proposed to her

He also added that true love always brings people together. His parents worked on myself again to reach this moment.

Earlier, the Network blew up a video in which a boy from Tennessee Keaton Jones with tears in his eyes says that he teased in school.