Biden in his memoirs recalled how she reconciled Yatsenyuk, Poroshenko and Merkel urged to protect Ukraine 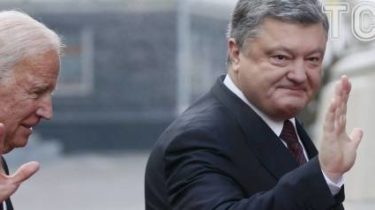 Us Vice President Joe Biden forced Yanukovych to leave office and the next President of Ukraine Petro Poroshenko a few months persuaded to make peace with Prime Minister Arseniy Acucom. Such admissions are to be found in published memoirs, the politics of the United States, according to a story TSN.19:30.

In the book, Biden wrote about the annexation of Crimea, the disregard for the Budapest Memorandum, the inaction of the West, Putin’s tanks in the East of the Minsk agreements and other matters. For him, these topics are not just another work – policies visibly worried for the fate of Ukraine and allows his passion, which was not even its leader Barack Obama, which even cautioned Biden against excessive promises of the new Ukrainian government.

Videogo, Biden published a memoir, spoke about aid to Ukraine

American Vice-President said that he repeatedly warned Yanukovich not to use force assault against the Maidan. And the next President of Ukraine a few months persuaded to make peace with the Prime Minister. 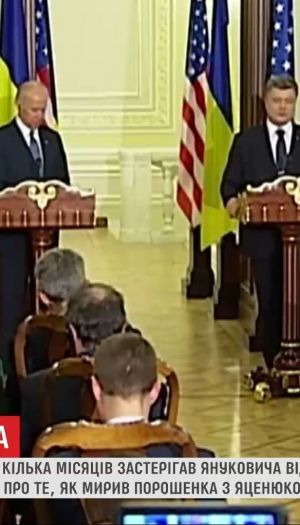 Separately, the American says that relations with Kiev was not easy. In the fall of 2014 Biden put a lot of effort to Poroshenko and Yatsenyuk came to the agreement on the formation of the government. “Parties of Poroshenko and Yatsenyuk wasted energy to squabble with each other, at a time when they had to create institutions and armed forces able to confront Putin,” – said one of the leaders of the United States.

Biden told Yanukovych fled the next day after his call

According to him, it was not easy to convince Europe, in particular, German Chancellor Angela Merkel, to support Ukraine for this it was necessary first to convince Poroshenko that he cannot make a single step to give Europe a reason to retreat from the Ukraine. Then it’s Biden succeeded.