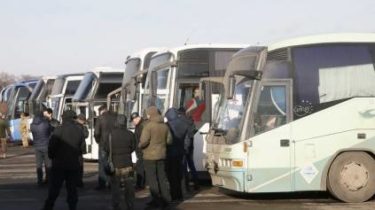 In the Donbass will hold the next large-scale exchange of hostages. This was stated on air of NTV television channel the godfather of the Russian President and member of the trilateral contact group on the Donbas, Viktor Medvedchuk, reports Interfax.

The second stage of the exchange will happen after today’s exchange formula “306 74”.

“The procedure (the first stage of the exchange) will take a few hours – from two to four. Because a very large number of people – more than 300 people. It is necessary to set personal data, it is necessary to check the documents”, – said Medvedchuk.

According to the representative of Ukraine in the humanitarian sub-group of the trilateral contact group on the Donbas Irina Gerashchenko, now the invaders hold more than 160 Ukrainian. But for half a year of negotiations, the rebels confirmed only 97. The rest will have to look further.