The anecdote about Putin and cautions for Saakashvili: Lutsenko told the details of the meeting with Kolomoisky 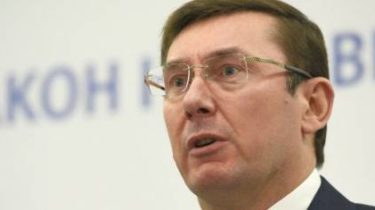 During a meeting in Amsterdam , the Prosecutor General Yuri Lutsenko and businessman Igor Kolomoisky was not talking about business latest. In this Chapter, the GPU has assured the reporters during the interview to Ukrainian TV channels. 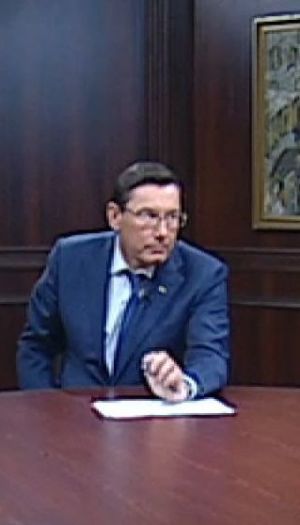 Lutsenko again said that the meeting was accidental and occurred during his visit to the clinic for examination.

“Kolomoisky came to me. we said Hello, Yes, we talked. If you ask whether there was a conversation about his business had that kind of talk was not, because I saw him in my life, one of perhaps a half dozen times,” – said the Prosecutor General.

The head of the Prosecutor’s office said he did not consider this meeting to be compromising for yourself. Also noted that three years ago lobbied for the appointment of Kolomoisky as the head of the Dnipropetrovsk regional state administration and considers the contribution of a businessman in this position are very significant.

“I still believe that he (Kolomoysky), and Corban made a deal to protect Ukraine. You do not have any decision about suspicion or accusation – I calmly shake hands with Kolomoisky. I do not believe that he is an outcast, although it is abroad,” – said Lutsenko.

The conversation, according to the Prosecutor General of the country, was short – “exchanged a few words” – and mostly former Georgian President Mikheil Saakashvili.

“Of course, the anecdote about Putin – this is our password. And secondly, we talked about the political situation in the capital. Honestly say that I hinted about the unacceptability of financial support to the radical show, which gave Saakashvili in the capital.

Took note of Kolomoisky or not is his business. I do not dictate to business, who to support. But nevertheless, I have my point of view was expressed. The state of Ukraine, which you defended, it is not necessary to destabilize such shares. Especially because at that time I already knew who they’re messing with Saakashvili in Moscow and said – believe me, soon any contact with him will be for the Ukrainian patriots it is very shameful. That’s all the only thing we talked”, – Lutsenko told.