The foreign Ministry has hired a striped cat from the street 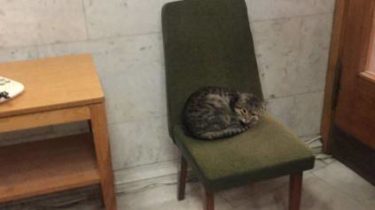 “Just appointed a new Ambassador is on the job. Meet The Ambassador. He will represent the Ukrainian-cat’s interests in the international arena, to protect them from rosarys and facilitate the access of Ukrainian milk on world markets. Without-cart-mez-bottom”, – he wrote.

Only the appointment of a new Ambassador and he’s already in the post to @MFA_Ukraine. Meet The Ambassador. It will be #Submit ukrainskogo interests in the international arena, #to Protect against rosewort and #to Promote the entry of Ukrainian milk on world markets. No-who-MS bottom! #Kotkavirta pic.twitter.com/ghyBUigqXO

Recall that the studs on the posts in the major departments of the countries are not such a rarity. For example, a week ago the French foreign Ministry has taken on two cats after the appearance of the building mice. And before an employee of the British foreign office became an outdoor cat at Palmerston, which was designed for the position of chief Mouser of the country.