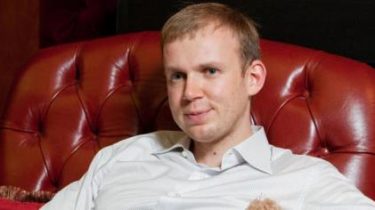 The Pechersky district court of Kyiv has arrested assets of the media holding UMH, owned by the oligarch-fugitive, “the accountant of the family of Yanukovych,” Sergey Kurchenko.

This is stated in the court decision.

Prosecutors filed a court petition for the seizure of assets of the media holding UMH Sergey Kurchenko on suspicion of tax evasion, legalization of proceeds of crime, organization of fictitious entrepreneurship, cover up the illegal activities that have caused extensive damage.

“Lingering in the conference room materials provided by the pre-trial investigation body, the investigator, the judge concluded that grounds for the application”, – stated in the decree of the court.

Thus, the arrest was imposed on securities, corporate rights and property placed in the media.

The defendant in the case Kurchenko declared suspicion

As it is known in the UMH includes such Ukrainian publications like “Komsomolskaya Pravda in Ukraine”, “Correspondent”, “Arguments and facts”, Forbes, Vogue, resources Bigmir.net, Football.ua and the radio station “Retro” NRJ, “Autoradio” and so on.

The UMH media holding, founded by businessman and ex-head of the presidential Administration of Ukraine Borys Lozhkyn. In 2013, he sold his oligarch Sergey Kurchenko. The deal was named one of the most ambitious in that year.