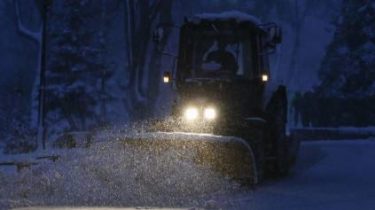 In order to clean up the capital’s roads with all the snow, the budget includes 1.7 million per day and 252.5 million a year, according to “kievavtodor” the letter “Gromadska”.

“Please be informed that according to the calculations of road maintenance enterprises of the municipal Corporation “kievavtodor”, the regulatory need for funds for mechanized and manual cleaning of streets and city roads in the winter is 343768,1 thousand daily 2276,6 thousand UAH, which is 36% more than actually allocated from the city budget”, – stated in the message.

Also, the company spoke about the recent snow that covered the capital. It noted that street cleaning was involved 230-250 units, 40-50 brigades, who was shoveling snow manually, and if necessary, brought special equipment from other enterprises, institutions and organizations.

We will remind, before St. Nicholas Day Ukraine, including the capital, began to fill up with snow. The thickness of snow in some places has reached 20 centimeters. About 30 trains reached destinations late. But most of all the power of the weather felt the people who stuck in traffic on the highway Kyiv – Odessa, where at one time stopped about 800 trucks.

Videocommunity work tirelessly to liberate Kiev from the snow

Snow from Kiev tones are taken to special landfills outside the city. Thousands of tons of snow have already collected only in Kiev and brought to the place where he should not interfere. To do this, in the capital there are three dozen designated areas. 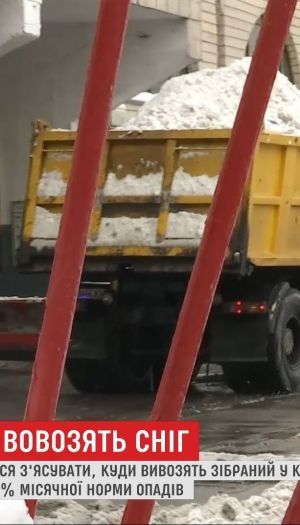