God will help Ukraine to defeat the aggressor – Filaret 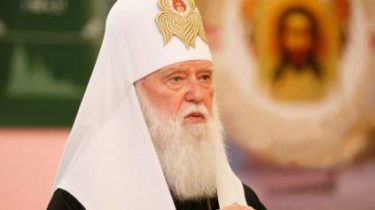 The Primate of the Ukrainian Orthodox Church Kiev Patriarchate Filaret said that God will help Ukraine to defeat the aggressor, because we have the truth and should be confident of victory.

He said this, speaking after the arrival with the release of the hostages from the Donbass at the airport in Kharkiv, writes UKRINFORM.

“May our Lord Jesus Christ, who always wins, and help us finally defeat the aggressor, because the truth is with us and know that not only are we aware of this whole world. Ukraine is a peaceful country and proof of this is that it gave up its nuclear weapons, and the aggressor, who must adhere to their promises as the guarantor of our integrity, we have selected the Crimea, wants to take the Donbass, but nothing happens, because the truth is with us, and where truth is there God is and where God is always victory. So we should be confident that victory over us. We don’t know the time, but that will come this time – we’re sure of that,” said Filaret.

In the Donbas may occur the second stage of the prisoner exchange, said on air of the Russian channel “NTV” close to the process politician Viktor Medvedchuk. According to him, during the next stage, Ukraine could give 74 people in exchange for 29 prisoners by militants in Donetsk and Lugansk. Today the militants have given less than half of Ukrainian hostages. According to the Ukrainian side, in captivity still have nearly a hundred hostages. 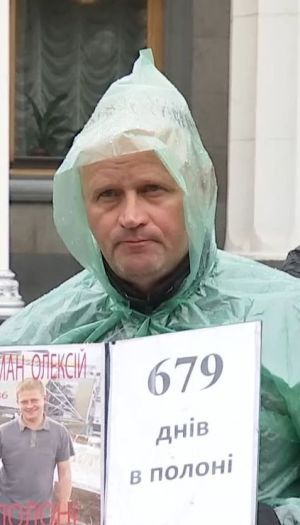