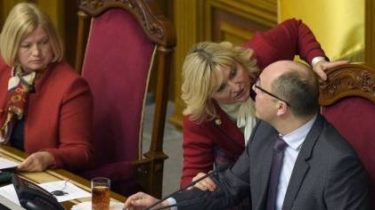 Chairman of the Verkhovna Rada Andrew Parubiy believes that it is necessary to deprive parliamentarians of parliamentary immunity. About this Parubiy said in an interview with Ukrainian TV channels.

“I hope all of this (the removal of immunity) will do. For me, this issue is fundamental. Let me remind you that all submissions of the Prosecutor General on the withdrawal of parliamentary immunity I, as Chairman of Parliament, put to a vote in the room, even when in this position, there was no consensus,” said the speaker.

Paruby considers that the deprivation of such a powerful privilege and anti-corruption has meaning, and can earn in the next Parliament.

“We (the bill of removal of parliamentary immunity) was adopted in the first reading, it then becomes the decision of the constitutional court, then another vote, then 300 votes. But I believe that this solution can be introduced next term. It can find a compromise in the hall and can obtain the necessary number of votes,” – said the head of BP.

We will remind, the constitutional court received the bill in October of this year. While the court’s conclusions no.