Orchestra at the airport and medics on the lookout: Kiev is ready to meet the released hostages 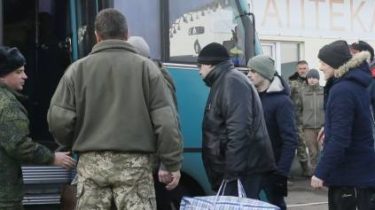 All released hostages within the next hour waiting at the airport Kharkov. Soon they have to depart from Kramatorsk in the Donetsk region.

Delivered exempt of Ukrainians in Kharkov helicopters, and here, according to preliminary data of TSN, with them on the runway will meet the President of Ukraine. Relatives of the boys here.

Now on the runway already are the final preparations – lined military band, and already held a rehearsal.

The exchange of hostages ended: 74 Ukrainians back home

After the official meeting, all of our released you guys will Board the plane that flew them from Kiev, and in the capital, they finally will meet with relatives and friends.

But those former prisoners still need medical help, expect in the Kharkov military hospital. Now there are going to people. They carry warm clothes, food, hygiene products – all that you may need just freed from captivity.

The information that comes, is changing every minute. It is known that at the airport this morning here in hospital, sent on duty ambulances, in case the released hostages will be in need of urgent medical care. Ibid, TSN, and the chief physician. In Kharkov military hospital all ready.

Volunteer room at the hospital filled with water, food, and most importantly – clothes for the children. Because if they are brought in, they need to immediately change. Every minute here at the hospital, Kharkiv bear packages.