The economy is in Ukrainian: record-2017 and unfavorable prognosis for the dollar and the price of gasoline 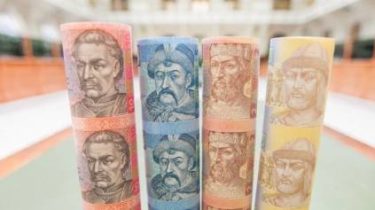 The dollar jumped to almost 30 hryvnia, and the prices in Ukraine are growing faster than in the rest of Europe.

Such statistics for the New year impress Ukrainians economic experts of information-analytical center Forex Club in Ukraine, according to a story program “snidanok z “1+1”.

The level of inflation in Ukraine the highest among the countries of Europe and CIS. According to analysts, consumer prices in the post-Soviet countries since the beginning of the year increased by 6.7%, in Europe by 2.6%. At the same time in Ukraine – as much as 13.6%, which is an absolute record in the ranking. The high growth rate of consumer prices was observed in Azerbaijan (13.4%) and Turkey (13%). They are in second and third places respectively. The favorable economic situation in Liechtenstein, Ireland and Cyprus. Average inflation in these countries does not even reach 1%. Regarding Ukraine’s neighbors – Poland, Russia and Hungary, the inflation rate there is less than 3%.

The dollar increase of salaries and development of the national economy. Key points of the press conference, Groysman

The national Bank of Ukraine recognized that inflation was higher than they expected. Therefore, the Ukrainians lost weight on a monthly basis. In addition to the continuous growth of payment for utilities, not pleased with the stability and price of food. Experts on agrarian policy noted that during 2017 all products in the markets rose on average by one third. Not spared the price increase and groups of alcoholic products, cigarettes and coffee. Most notably in the price of eggs, milk and meat products.

“In the category of meat for 2017 was generally a specific record in pricing because compared to 2016 meat increased in price by 60%. This is due to both the internal situation and external factors. On the world market the price of meat went up and our manufacturers who spetsializiruyutsya in growing pigs, were interested in how to raise livestock, and send the carcass over the border,” – said the expert agricultural market Denis Marchuk.

But significant rise in price of fuel in 2018 is inevitable, analysts predict. So, the price per liter of gasoline will reach UAH 40.