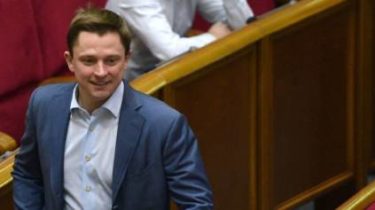 The Prosecutor’s office of Kiev registered the case against people’s Deputy Oles Dovgy “on the fact of embezzlement of property in especially large sizes”. This was reported in his Facebook Prosecutor General Yury Lutsenko.

The matter relates to the land on the island of Zhukov, which recently shut down production of Specialized anti-corruption Prosecutor’s office. Lutsenko said that the decision of SAP is unacceptable.

“The decision of the procedural head in criminal proceedings closed “in connection with the failure to establish sufficient evidence to bring the guilt of the person in court and the exhaustion of the possibilities of their production” and causes confusion and resentment. First, the evidence in the case is. Heard the whole country and based on them, Parliament lifted the immunity of the Deputy. Second, if SAP wanted to gather more evidence, then in 5 months it should be done”, – wrote Lutsenko.

Recall, September 22, 2017, the General Prosecutor of Ukraine Yury Lutsenko has informed that has signed the message on suspicion Dovgy, the same day the Prosecutor’s office of Kiev gave it to the MP.

Policy is charged with land fraud in the capital over the working time Secretary the city Council. In the case where 45 hectares of land in reserved Zhukov island, only the nominal value of which amounts to 82 million. Lutsenko at the meeting of the Committee showed the document dated October 2007 with the signature of long.

Dovgy says that the last link in the decision-making of Council is the mayor – then it was Leonid Chernovetsky. So we must ask him.