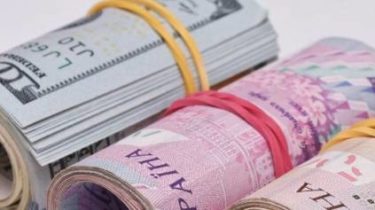 In the course of this year index of growth stocks of Ukrainian companies amounted to 80%. This is the highest rate in the world.

Active growth has begun after in may the International monetary Fund said that Ukraine’s economy shows signs of recovery and there is every prospect for growth. This statement and contributed to the acceleration of the growth index. About it writes Bloomberg.

On the second place Kazakhstan with an index of 64%, the third Mongolia – 63%.

The most profitable among the currencies began investing in cryptocurrencies that have brought their owners up to 6 thousand percent profit, but fears of investors about the reliability of these investments remain strong. About it writes “Economic truth”.

As for nezirovic currency, the most profitable was the Mozambican metical, although 12 years ago it was considered to be the weakest currency in the world. Second place in the list of the most profitable investment currency share of Czech Koruna and Polish zloty, rates of which rose by 18%. The most loss-making asset at the end of 2017 became Uzbekistan sum, the official exchange rate which fell by 60%, i.e. more than two times.

In the category of investment in commodity assets the most profitable were investments in palladium. The value of this metal for the year increased by 54%, from $ 680 to more than 1060 dollars. A 29% increase over the year, prices for copper and aluminum. Bloomberg experts attribute this to the improving economic Outlook globally and expectations regarding the growth of consumption of non-ferrous metals. At the same time, investments in natural gas assets and food (sugar, coffee, soy beans), brought losses.

We will remind, in September of this year, Ukraine returned to international capital markets after the restructuring of commercial debt in 2015. Ukraine has placed its first issue of Eurobonds worth $ 3 billion.

Previously, the NBU reported that Ukraine will have to annually give $ 7 billion of debt.