In Kiev, citizens rebelled against the felling of the Park for the construction of high-rise buildings 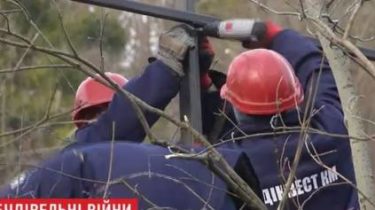 A few hours in Kiev builders have destroyed hundreds of trees in the Park and fenced area with a fence. People called the police and outraged: no agreement on the construction of skyscrapers on the site of the Park they are not allowed, says the story TSN.16:45.

The people living nearby, raised an alarm. Say, the developer cut down three hundred trees.

“We bought the apartment because of nature,because of all this. And here’s what happens – 24-house floor plan to build” – say the locals.

Videosa a few hours in Kiev, the builders destroyed three hundred trees of the local Park

And the territory is fenced by a fence. People called the police and outraged: no agreement on the construction of skyscrapers on the site of the square they gave. On the phone the inspector said the developer does have a permit for the destruction of green space, but only parts of the trees. So don’t cut down any extra – environmentalists have yet to be tested. 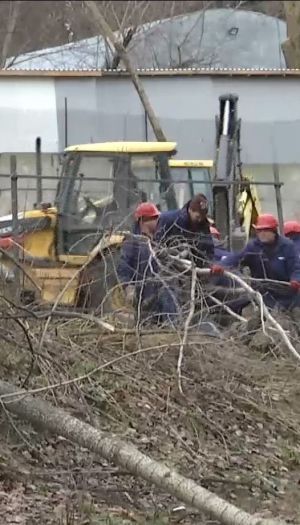 In the next house, Svetlana has been living for 10 years. Says, six months ago, representatives of the developer walked through the hallways collecting signatures. Like, we get a new lift, and you give us consent for the construction. However, the majority of residents against a new skyscraper in place of the green zone. Because fear the construction will cause a shift in the soil and their house “emerged as a matchbox”.

In place came the police and a bunch of unknown people, some of them hides her face. To get a closer look at that cut, journalists are not allowed, a wall stand in front of the operator.

The object comes from the developer’s representative Natalia. Says. this site for many years is leased to LLC “Budinvest KM” under construction. Says they have all the necessary permits, including those for cutting trees.

“There is a report on the inspection of green plantings that should be deleted, the payment order on partial payment,” – says Natalia.

But people don’t believe it. Later on the phone the inspector said TSN – the developer does have a permit for the destruction of green space, however, only part of the trees. Why not cut down any extra, environmentalists still need to test.