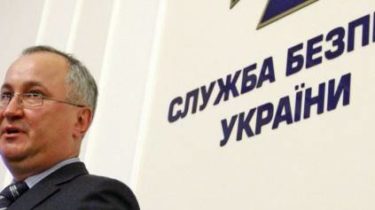 The Federal security service of the Russian Federation is trying to recruit spies or saboteurs to 90% of workers-Ukrainians who come to work in Russia.

About it in interview to Agency “Interfax-Ukraine” said the head of the security service of Ukraine Vasyl Hrytsak.

“We understand that in our military, and all citizens of Ukraine who are or were in captivity is not only physical and psychological pressure, but also is recruited. Such recruitment approaches, and I’m not here to tell are, as we believe, in 90% of cases, while staying on earnings in the Russian Federation. Talking about several millions of Ukrainians who are Russian, and I am convinced that not all agents of enemy intelligence services from among citizens of Ukraine is solved”, – said Hrytsak.

The court left in jail recruiters, which in Russia Ukrainian workers jailed for narcocorrido

We will remind, SBU will verify released from captivity of militants of the Ukrainian hostages on the subject of recruitment on the part of Russia.