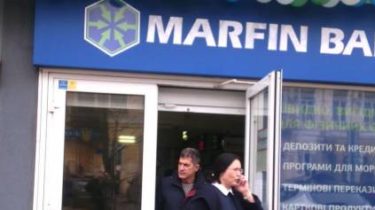 The shareholders of “Marfin Bank” has decided to rename it to “MTB Bank”.

About it reported in a press-service financial institution, writes “Interfax-Ukraine”.

“The decision (of changing names) is dictated by the conditions of the contract of purchase and sale of financial institutions, entered into between the new owners and the government of the Republic of Cyprus. Regardless of what will be called hereinafter “Marfin Bank”, all obligations to clients will be executed in the same mode and in full”, – assured the financial institution.

In fact, it’s the new-old name. The Bank was established 24 years ago, in 1993, and it was called then “Marine transport Bank” (abbreviated MTB). 10 years ago, the Bank bought out and he became Marfin Popular Bank Public Co LTD (Republic of Cyprus). Then it was renamed the Cyprus Popular Bank Public Co LTD. Until June 2017 the ultimate beneficiary of the Bank was the Republic of Cyprus represented by the Minister of Finance.

14 Jun 2017 has been selling a controlling stake in PJSC “Marfin Bank”. The new owner was the company Saggarko Limited (Cyprus). The ultimate beneficiaries of the Bank as a result of the transaction became citizens of Ukraine Mikhail Barticevic and Igor Zgurov.

The main office of the Bank was in the Black sea in the Odessa region. His office is in Odessa, Kiev, Kharkov, Dnepr, Nikolaev, Black sea, Izmail, Kherson, Poltava and Kremenchug.

Earlier it was reported that the General Prosecutor’s office suspects employees of one of the Odessa banks in the theft of 300 million UAH. This is stated in the decision of Pechersky regional court of Kiev. The illegal transactions were involved the managers of the Bank “Marfin”. According to law enforcement officers, in the years 2016-2017, they are using a fictitious company, is framed by two other persons taken out of the Bank about 300 million UAH.