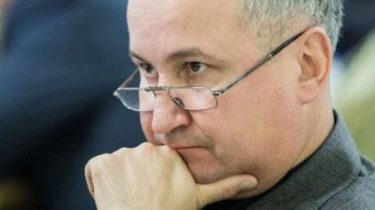 After the establishment of the National Bureau of the financial security part of the powers of the security service will enter the new structure, however, is not economic counterintelligence.

This opinion was expressed by the Chairman of the security Service, Vasyl Hrytsak in an interview to Agency “Interfax”.

“In the case of a law and the creation of this body, of course, some of the powers will pass to them. But I am convinced that the security Service will remain the protection of critical infrastructure, that is, economic counterintelligence”, – said Hrytsak.

He added that now the SBU is much less involved in crimes with an economic component, because these cases are a number of other bodies.

“We are interested in issues associated, for example, the condition of the dam of the Kiev hydroelectric station, what quality and where imported Fuel rods for nuclear power plants, is the economic counterintelligence,” – said the Chairman of the SBU.

As you know, the government plans to create a new law enforcement body – the National Bureau of financial security. The main task of the authority will be the excommunication of the Prosecutor General, the SBU, the NAB and police from the financial Affairs and the impact on business and the economy.