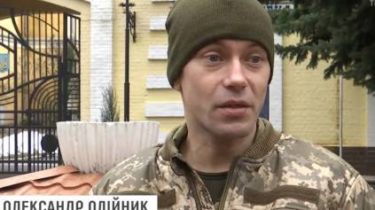 Many released hostages from militants the New year will have to meet in hospitals. Their families have to wait. Mother Alexandra Oleynik three years I was counting the days until his return. Fighter 128 brigade held hostage near debaltseve, February 2015. Russian journalists filmed as his fellow bloodied and beaten holding at gunpoint.

New year he will meet in the hospital in Kiev, says the story TSN.19.30.

The mother of Alexander Oliynyk – Tatiana – showed reporters his room. Says it all recalls the son’s portrait, next to the Ukrainian flag. And personally written them letters from Donbas, who passed her the red cross and the UN. She said that the words of the son inspired her and supported, and gave a reason to live and to fight.

1052 days of Alexander hostage for Tatiana was an eternity. And when she finally heard the son’s voice and knew that very soon you will see, says that the earth had gone from under his feet.

Oliynyk also remembers the feeling of happiness as having passed the enemy’s posts, I immediately called her.

“I heard mamciurenco a few words and all. Began to communicate with his brother, he tells Sanya – well – the nurse fainted,” he told the freed soldier.

Video email support and years of hope: the story of Alexander Oleinik, taken prisoner in debaltseve

Alexander, like many released from captivity, the New year will have to meet in the hospital. His mom for three years I was counting the days until his return, when he heard a native voice – lost consciousness. 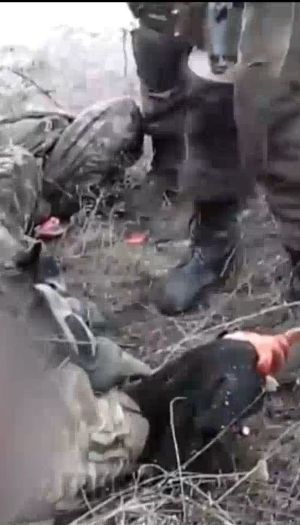 After a concussion and shrapnel wounds to the head from Alexander ahead of long-term treatment. He was sure that with him everything will be okay and concerned for brethren who are being held hostage.

While Alexander is treated, in a small village in the Rivne region are waiting for his 13-year-old goddaughter Christine Olijnyk.

“I very much obna, I would say that we’re really waiting for, and now you’re finally home and we you wait. I will say that I love it,” said the girl.