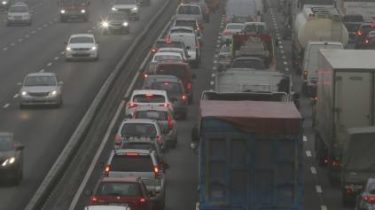 The Kiev mayor’s office in 2018, is planning to implement a project to build a Large circle.

According to the mayor of the capital Vitaly Klitschko, the road will enable to allow transit vehicles to make a detour and to relieve the city center.

Appropriate words quoted by the press service of the KSCA.

Reported that together with the world Bank developed a transport scheme, which will optimize the movement of public transport around the city.

“All the transit traffic goes through the center of the city. This is not in modern countries. Next year we begin construction of a large ring that can relieve our city from transit transport. 20-30% decrease load transport,” Klitschko channel Newsоne.

Recall that the size of the capital’s coffers in 2018 amounted to unprecedented 49 billion. This immediately 11 billion more than it was this year. More of the budget pie went to teachers, medical, social protection and transport. “More money is spent on road repairs. Last year it was 200 km, 300 this year, if you do not lower the dynamics, then for 2-3 years the road will be”, – stressed the head of the KSCA Vitali Klitschko.

Videoclick, signed an agreement with the Chinese company for the construction of the subway troieschyna