Legendary Pechersk district court of Kyiv will be subject to liquidation in the second stage of judicial reform, which was launched with the signing of the relevant documents by the President of Petro Poroshenko. Instead, on justice and Goloseevsky regional court should be created by the Central district court, says the story TSN.19:30.

The building in the courtyard of the Khreschatyk, 42 saw almost all politicians of today’s Ukraine. Within its walls was fought, fasted, wept and rejoiced. In 2001, there was first tried Yulia Tymoshenko in bribes to Lazarenko, Russian gas smuggling and tax evasion. The Chairman of the court Nikolay zamkovenko then freed Tymoshenko from-under guards, and then was replaced by the Chairman of the court for a Deputy in the Verkhovna Rada.

Videosu-legend: TSN has collected the most striking milestones in the history of the Pechersk court

Among the ships that will disappear after the second phase of reforms, the most famous – the Pechersky district court of Kiev. Instead of Goloseevsky regional court and will be created by the Central district court. The walls of Pechersky court on Khreschatyk seen and the fights and protests, there is seething political life of the whole country. 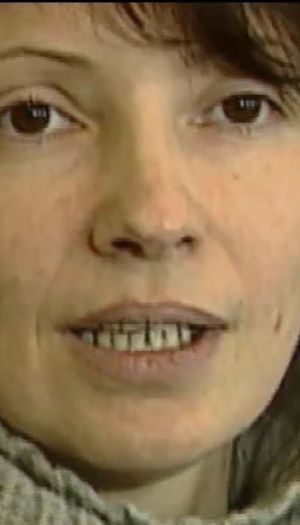 In 2007, breaking down doors, then the President of the court Volodymyr Kolesnichenko along with former regions recaptures the chair and the seal of the court in the fight, which injured a young girl-the Secretary. The next wave of attention to the trial came in 2011 – then the defendants appeared Yulia Tymoshenko and Yuriy Lutsenko. The process lasted several months, supporters and opponents of politicians gathered on Khreshchatyk on a daily basis, together with them always was the special unit “Berkut”. Journalists of the searing summer almost around the clock “cooked” in the yard-well. It was hot inside the building – the judge in the trial of Tymoshenko seems to be specially chose the smallest room, so that visitors feel uncomfortable. Similar conditions were tried Yuriy Lutsenko, and his process became known by the judge Sergey of Vovk.

After the revolution of Dignity with Sergey Vovk, and two judges of the Pechersk court lifted the immunity. Prosecutors wanted to arrest them, but the judges of the court Holoseievski colleagues defended. With 2015 in the Pechersk court processes against former regionals, the loudest of which is the case of Alexander Efremov. He is accused of separatism, treason and creating “LC”, but subsequently, the court transferred to the Donbass, and in the Pechersk court appears again Yulia Tymoshenko with a crowd of fans and speakers. This fall, she came to support Mikheil Saakashvili, which elected the measure of restraint in the case where the GPU is accusing the Georgian policy in promoting Yanukovych’s colleagues and hiding their criminal activities.

The experts considered that until now, the Pechersky district court of the capital was the busiest court of Ukraine. Even in these moments there are continuing meetings. And while the Internet community is making a mockery of the liquidation court, in professional circles not joking, because experts fear that in fact this address will change except the sign and judges will be more control of the authorities.

As previously reported, President Petro Poroshenko signed decrees on the elimination and creation of local courts in Ukraine. Deputy head of the presidential Administration of Ukraine Oleksiy Filatov said that in the framework of the strategy for judicial reform, approved by decree, as well as to fulfill the requirements of the law “On judicial system and status of judges”, before the signing of the proposed decrees on the reorganization of the justice system, in particular the elimination, creation or redesign of some ships. He noted that it concerns both of local courts and courts of appeal. Filatov said that there will be a District economic courts instead of the courts in the districts will also have district courts. “It will be a unified approach to all courts of first instance,” he said.