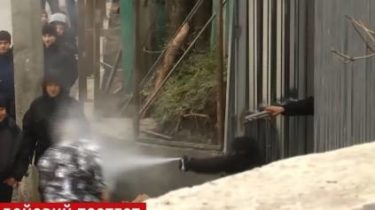 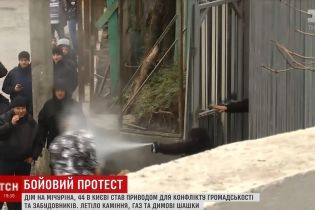 Pechersk on the capital happened , the conflict between protesters and guards of construction in the private sector, on the street Michurina. The quarrel escalated into a fight with the use of available funds, according to a story TSN.19:30.

Two dozen activists chanted that the land seized illegally, and proving his position by a court decision banning the construction of 7-storeyed building. Subsequently, the activists set fire to tires and started throwing defenders building stones, and they fought back with spray water from hoses. The police just watched and did not intervene in the fight.

In Kiev, citizens rebelled against the felling of the Park for the construction of high-rise buildings

This conflict continued for more than two years, therefore, the case of physical abuse it is not the first. This time nobody was seriously hurt.

Videodom Michurina, 44 Kiev became the reason for the conflict of the public and developers

Rocks, gas and smoke bombs flew in an elite district of Kiev in the private sector on the street Michurina, 44. Two dozen activists chanted that the earth is being invaded illegally. Argued that there is a court decision prohibiting the construction of 7-storeyed building, and then set fire to tires and pelted the defenders of the building stones. Those fought back with tear canisters and water hoses. The police just watched and did not intervene. 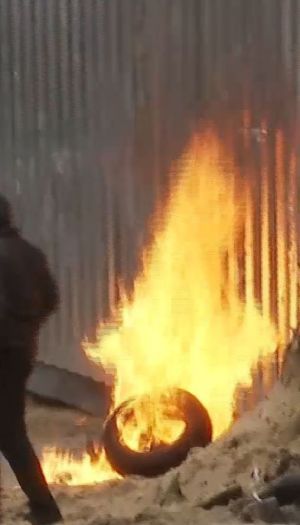