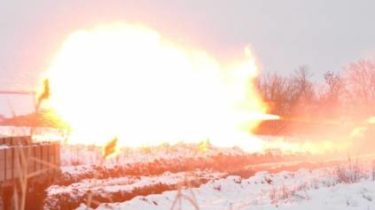 In the Donbas over the past day on the explosive device hit a military of the Armed forces of Ukraine.

This was stated by the speaker of the Ministry of defense of Ukraine on ATO Col., writes UNIAN.

“No losses over the last day, unfortunately, still not done. In the area of the settlement Novotoshkovskoye one serviceman of the Armed forces of Ukraine was blown up by an explosive device,” he said.

According to Motuzyanik, by undermining the military received multiple injuries incompatible with life.

The speaker also said that for the past day militants have carried out 5 aimed fire on positions of Ukrainian troops along the line of collision. In one case, soldiers were forced to open fire in response.

Separately Motuzyanik, confirmed that as a result of enemy fire provocations one Ukrainian military was not injured.

We will remind, the Ukrainian side of the JCCC notes the failure of the leaders of the militants promised to observe the truce. The ceasefire in the Donbas was supposed to come back on December 23.