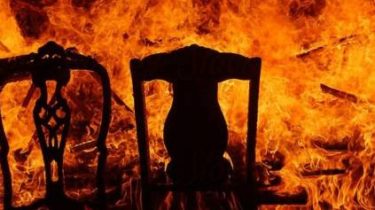 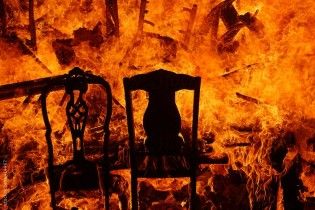 In Kiev on the street Potapov man during the conflict, was beaten to death by his friend a glass and started the fire to cover up the murder.

“In another part, it was reported that the street Potapov during the liquidation of the fire found the corpse of a man with head injuries”, – militiamen told.

According to neighbors and sisters of the victim, the victim lived alone, never worked, and the day before together with an unknown alcoholic beverages.

In Kiev drunk man jumped out of a high-rise building, falling on a small child

Police found and arrested involved in the crime, who confessed to the crime. As it turned out, 34-year-old native of Lugansk region had previously been convicted of causing minor bodily harm. The man said that during the drinking of alcohol they had a conflict that escalated into a fight, so he several times struck the friend. The landlord fell on the wardrobe and lost consciousness. Seeing that he had no signs of life, the attacker has decided to hide traces of the crime and set fire to the apartment.

Now, investigators began criminal proceedings on the fact of premeditated murder. The court sent the suspect under house arrest. He faces up to 15 years of imprisonment.

We will remind, in the river a few minutes before the New year, fire killed people. The fire occurred in the garage cooperative.